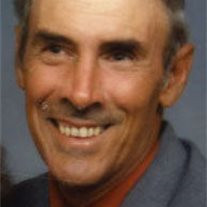 Funeral services for Wynsol R. Collier, 82, of Piedmont will be Wednesday at 2:00 p.m. at Thompson Funeral Home with the Rev. Jonathan Maddox and Mr. Eddie Lindsey officiating, Burial with military honors will follow at Shady Grove Methodist Church Cemetery. The family will receive friends at the funeral home Wednesday from 12 - 2 p.m. Mr. Collier passed away Saturday, December 1, 2012 at Jacksonville Medical Center. Survivors include his wife of 59 years, Joyce Collier of Piedmont; a daughter, Stephany Collier of Piedmont; a son, Scott Collier of Birmingham; a great-grandson, Austin Donaldson of Baytown, Texas; three sisters, Voncile Steward (George) of Piedmont, Verlene Lee (Jim) and Vonda Collier all of Atlanta, Georgia; sister-in-law, Doris Collier of Gadsden; and several nieces and nephews. Pallbearers will be Scott Collier, Austin Donaldson, Jeff Smith, Larry Joe Harrell, Craig Russell and Shane Haney. Mr. Collier was a native and lifelong resident of Piedmont. He was a graduate of Jacksonville High School and Jacksonville State University. He was a U.S.Army veteran, retired from the Alabama Army National Guard with the rank of Major and had served as commander of the 151st Engineering Battallion in Piedmont for many years. While enlisted in the military he earned a degree in engineering. Mr. Collier was the owner or W. R. Collier General Contracting Company. He was preceded in death by an infant son, Steven Collier; a granddaughter, Jennifer Haney; his parents, Roy and Lura Collier and a brother, Randal Collier.

The family of Wynsol R. Collier created this Life Tributes page to make it easy to share your memories.

Funeral services for Wynsol R. Collier, 82, of Piedmont will...