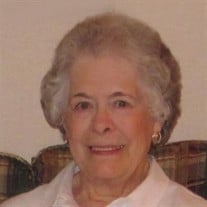 Funeral service for Mary &#8220;Frances&#8221; Steward, 85, will be Wednesday, September 25, 2019 at 7:00 p.m. at Thompson Funeral Home with the Rev. Michael Ingram and the Rev. Jerry Pike officiating. The family will receive friends at the... View Obituary & Service Information

The family of Mary "Frances" Steward created this Life Tributes page to make it easy to share your memories.

Funeral service for Mary “Frances” Steward, 85, will be Wednesday,...

Send flowers to the Steward family.