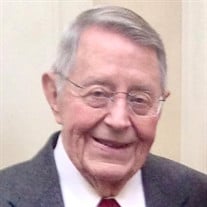 James Gerald Rayburn, 83, Rainbow City, died on the morning of December 4, 2018. A Celebration of Life will be held for him on Sunday, December 9, 2018 at 2:00 PM at Thompson Funeral Home in Piedmont, AL, with Pastor Ken Byford officiating. The family will receive visitors from 12:30-2:00 PM, immediately prior to the service. Following the service, a private graveside service will be held at Goshen Cemetery in Piedmont. Dr. Rayburn was born on August 14, 1935, in Anniston, AL and was the son of the late Dewey R.C. Rayburn and John Billie (JB) Rayburn. He graduated from Oxford High School in 1953 and received his Bachelor’s Degree in Music from Jacksonville State University in 1958. As a music student, he composed the Jacksonville State Alma Mater, which is still the official JSU Alma Mater today. He worked as a band director at both Roanoke and Cordova High Schools and later went on to receive his Master’s and Doctorate Degrees in Education from the University of Alabama. He worked in college administration for the remainder of his career, first at Livingston State University where he was Dean of Student Services, and later at Brewer State Junior College in Fayette, AL, which he helped to open in 1969. He served as the Dean of Instruction and Interim President at Brewer State (name later changed to Bevill State) until his retirement in 1995. In addition to working in college administration, he also taught many courses at the college, including photography, bicycling, music, and psychology, and was a mentor and supporter to faculty and students alike. As a long-time resident of Fayette, he attended Fayette First United Methodist Church, and was a member of the Exchange Club and the Arts Council. After retirement, he returned to his first love of music, especially Dixieland jazz, and played trumpet in the Guys and Dolls Dixieland Band. He also enjoyed watercolor painting and loved attending biweekly art classes in Tuscaloosa for a number of years. Following a bout of illness, he moved to Rainbow City in 2014 to be closer to his family. He became a resident of Regency Pointe retirement community, where he led the music for Sunday morning church services and directed Monday afternoon hymn singing. He also attended Gadsden First United Methodist Church where he was a member of the Jim Martin Sunday School Class. He is survived by his loving wife of 59 years, Carma Jo Ray Rayburn, his sister Pat (Bo) Eller of Easley, SC, his two sons: Joseph Scott (Angela) Rayburn of Rainbow City, AL, and Seth David (Nicole) Rayburn of Athens, AL, his four grandchildren: Joseph Scott Rayburn, Jr., Joanna Salome Rayburn, Carter David Rayburn, and Margaret Elizabeth Rayburn, and multiple nephews, nieces, and cousins. He glorified God through his honesty and strength of character in all that he did, but most keenly as a devoted husband and as a loving father and grandfather to his sons and grandchildren. He will always be fondly remembered for his warm and generous heart and for the blessings he brought to all who had the privilege of knowing him. In lieu of flowers, the family requests donations be made to the Piedmont Cumberland Presbyterian Church, 23746 AL-9 North, Piedmont, AL, 36272, or to the Gadsden First United Methodist Church, 115 South 5th St., Gadsden, AL, 35901.

James Gerald Rayburn, 83, Rainbow City, died on the morning of December 4, 2018. A Celebration of Life will be held for him on Sunday, December 9, 2018 at 2:00 PM at Thompson Funeral Home in Piedmont, AL, with Pastor Ken Byford officiating.... View Obituary & Service Information

The family of James Gerald Rayburn created this Life Tributes page to make it easy to share your memories.

James Gerald Rayburn, 83, Rainbow City, died on the morning of...

Send flowers to the Rayburn family.