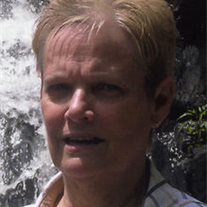 Mrs. Frances Lois Blair, 73, passed away December 25, 2013 at her home. Mrs. Blair is survived by two sons, Bruce Carey of Bloomingdale, Georgia and Michael Carey and his wife Sherri Carey of Piedmont; three sisters, Florence Nestor of Wakeman, Ohio, Jeanie Manns of Pineville, North Carolina and Sue Smith of Campbellsville, Kentucky; one granddaughter, Kimberly Danelle Carey; one grandson, James Andrew Carey; one great-grandson, Brayden Thorne; and many nieces and nephews. Mrs. Blair was born and raised in Wakeman, Ohio. She graduated from Townsend-Wakeman High School in 1958 and married James Carey in 1959. She lived in California, New Jersey, Florida and Georgia before moving to Piedmont in 2008. She retired from Douglas General Hospital in Douglasville, Georgia and attended the First United Methodist Church of Piedmont. She was preceded in death by her husband, James Carey; her father, Otto Robinson; her mother, Helen Robinson; and a sister, Rosalie Foster. The family request no flowers. Memorial contributions may be made to the V Foundation, 113 Morgan Avenue, Piedmont, Alabama 36272.

The family of Frances Lois Blair created this Life Tributes page to make it easy to share your memories.

Send flowers to the Blair family.